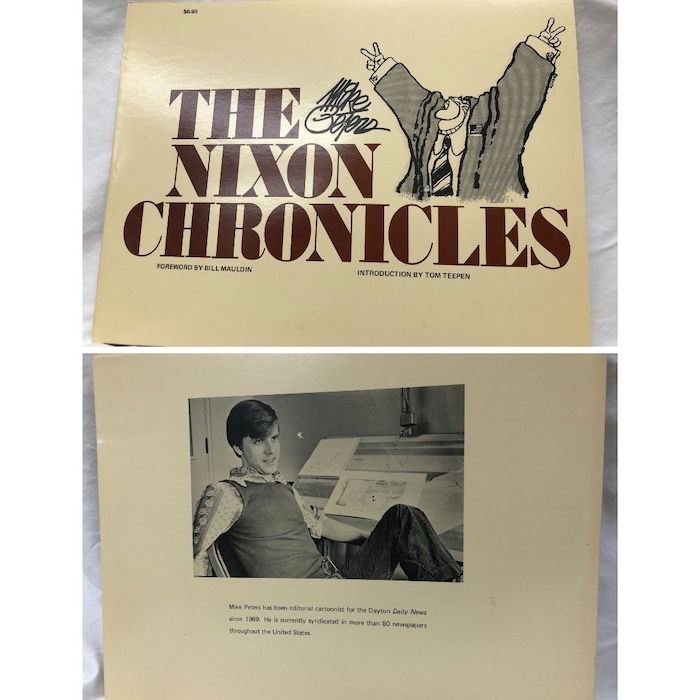 Mike Peters has worked for the Chicago Daily News and the Dayton Daily News. His editorial cartoons became nationally syndicated in 1972, and in 1981 he was awarded a Pulitzer Prize for journalism. In 1992, he received the National Cartoonists Society's Reuben Award for Cartoonist of the Year, cartooning's highest honor. Formerly an artist for the U.S. Army's Seventh Psychological Operations Group in Okinawa, he created the strip Mother Goose and Grimm in 1984. The Nixon Chronicles is a good read for anyone who suffered through Nixon's presidency, with the outrageous behavior in outrageous times perhaps recalls the precise and wonderful humor the author presented. ISBN 0-89328-001-1. City of Lakewood and State of Colorado sales tax included in price.